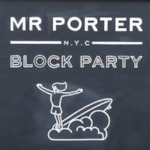 The following is from Qoolness I’m sure won’t mind that I share this find:

I’ve done nothing with this, mostly out of respect for Jill, which I still have of course, so I want to let it out into the producer world who might chop up this fine piece of poetry and build a song around some great poetics.

True, this is about Qool DJ Marv…(I happen to be holding the mic). Gene Roberson is the voice that you hear following hers on the track that follows that acapella, follow me?

I did do a stoned jazz beat and dropped her lyrics over top and had deemed this an album opener for an album I was going to do but never did and won’t be doing until I get it going on my computer software. MY MPC is out of service and this transition has been sloooooooooooow.

Rhythm Blankets is the name of the song. (The world is kinda cold and the Rhythm is my Blanket. – Q-Tip, Verses From The Abstract

Recorded Summer 1994. Just hanging out and having fun recording her spoken word over beats, she says to me, “I wrote something for you.” I had no idea that it was about me. It’s just over 1 minute + I added one of my 1st productions so you can hear how I used her words and sound…it’s called Rhythm Blankets done nearly 10 years ago.

I have more acapellas of Jill performing live at Buttamilk. I’ve been sitting on them until I start wearing my producer hat. I wanted to make some beats and unleash these never heard before (unless you know me) words by Jill, however, that’s taking a long time so here is the 1st of a few just-the-voice snippets that I’ll share.

Acknowledgement of the encouragement that I gave her. She’s done wellwww.jillscott.com/ For you, producers, a slight buzz in this lo-fi recording, work your magic. A little more history here: www.giantstep.net/releases/1108 event held at the North Star Bar in Philadelphia www.facebook.com/album.php?aid=14…amp;id=586515353